A leading health and beauty network marketing company in the Philippines is doing more than its fair share to foster equitable growth.

FRONTROW Enterprise may not be your typical conglomerate, but the Manila-based health and wellness networking company punches above its weight when it comes to corporate social responsibility.

In December 2017, the company’s co-founders, RS Francisco and Sam Verzosa, bagged a deal with the Miss Universe Organization to bring to Manila three Miss Universe pageant winners to grace a fashion show to raise funds for charity. The event was a big success and raised millions of pesos for a scholarship program for poor children in Tondo, one of Manila’s biggest slum communities.

The partnership with Miss Universe Organization underscores how Francisco and Verzosa are creatively combining business with philanthropy. While product endorsements are part of the deal, the two organizations also act as genuine partners in raising funds for charitable causes they both cherish.

“We’re very happy with these events because they show that FRONTROW isn’t all about the money and the commissions (that members are earning),” says Verzosa. “We’re also paying it forward. Whatever we’re getting, we’re sharing with others, with Filipinos who need help the most.”

With more than a million members in over a dozen countries who supplement their salaries and earnings by selling FRONTROW’s high-quality whitening, slimming and energy-boosting products, the company is channeling the growing purchasing power of the middle-class into livelihood opportunities for motivated self-starters belonging to low-income families.

Thousands of FRONTROW members have become more prosperous through direct selling and also through their direct referrals or downlines.

According to Francisco, FRONTROW is one of the leading direct selling and network marketing companies in Southeast Asia, winning top awards from prestigious bodies such as network marketing authority Asian Networkers Convention and Expo (ANCE), which hailed FRONTROW as the “Best Global Company” in 2017, 2018 and 2019.

A key element to FRONTROW’s huge impact on members’ financial well-being is the sizeable 50% discount they get when purchasing products from the company. This ensures they make enough money when they resell at the suggested retail price. “Once you join FRONTROW, you are entitled to a lifetime of discounts which will allow you to earn remarkable profit from the sale of products,” says Francisco.

The boxer, who was ranked as the world’s highest-paid athlete by Forbes magazine in 2018, and who returned to Manila on April 2019 for a second photoshoot with FRONTROW, was escorted by a fleet of luxury cars owned by FRONTROW members and partners on his way from the airport to the venue for the shoot.

Before joining the networking company, many of the members didn’t own cars and commuted via public transportation.

Realizing that it ’s not enough to improve the financial well-being of its members, Francisco and Verzosa formed FRONTROW Cares Foundation in 2017 to share the company’s gains with the less fortunate members of society.

“We’ve been helping a lot of people within the organization. So we thought we also wanted to help people outside the organization. As such, we established the foundation,” says Verzosa. “We realized we also needed to do something for the wider community, the country.”

Apart from scholarships and other kinds of financial assistance for indigent children, FRONTROW Cares also supports the restoration of churches, outreach programs for cancer-stricken children and assistance for abandoned elderly people. In December 2018, it also launched a project to provide business capital for overseas Filipino workers who are keen to return to the Philippines and become entrepreneurs.

FRONTROW’s philanthropic projects inspired some members, especially those who are doing very well, to launch their own charitable programs.

“After we began doing these kinds of charity events, some of our members started doing their own as well,” says Verzosa. “One of them goes to different cities around the country every month to personally deliver financial assistance to people asking for help.”

Still, the FRONTROW Enterprise makes its biggest and most sustainable impact in changing lives for the better by helping tens of thousands of its members earn extra money and improve their financial well-being through selling the company’s products.

Despite a faster pace of GDP expansion in the last decade, poverty and inequality remain pervasive.

With a quarter of the population officially classified as poor, it seems that growth has mainly benefitted the upper and middle classes while leaving the rest behind.

Though its founders say they are only getting started, FRONTROW’s way of doing business helps turn “inclusive growth” from mere buzzword to reality. 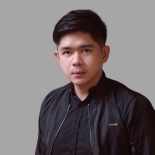 How to Start a Blog Step by Step Free Guide

How to Start a Online Store Step by Step Free Guide

I Will Optimize Your Website for Higher Search Rankings

Useful Articles to Help You

END_OF_DOCUMENT_TOKEN_TO_BE_REPLACED

Today's I'm going to share with a detailed guide on how to join Frontrow and become a member or distributor of Frontrow International. As long as you …

END_OF_DOCUMENT_TOKEN_TO_BE_REPLACED

Are you looking for the best cosmetics brand? Or maybe you're looking for skincare that complete your daily needs, including your makeup, foundation, …

END_OF_DOCUMENT_TOKEN_TO_BE_REPLACED

Instabright is a hydrating body creme with a lightweight yet luxurious feel, and it also contains micro exfoliants that safely remove dry and dull skin. …

END_OF_DOCUMENT_TOKEN_TO_BE_REPLACED

For those who wish to achieve a leaner physique, Luxxe Slim L-Carnitine and Green Tea Extract offer the perfect solution. Recognized as the "Most …

END_OF_DOCUMENT_TOKEN_TO_BE_REPLACED

Luxxe Protect is one of my favorite Frontrow products out of 4 Luxxe supplements. It helps my daily life productive due to its antioxidants benefits. So …

END_OF_DOCUMENT_TOKEN_TO_BE_REPLACED

This is a complete guide on how to increase organic traffic on your website for free and fast in 2020. In fact, this guide help my blog posts rank on …